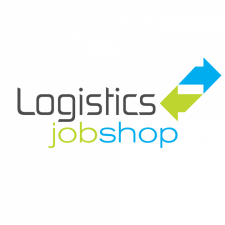 Ways to deal with a mis-sold job!

Ways to deal with a mis-sold job!

Ok, so I don’t know about you but I hope you have never been in the same situation I found myself in a few years ago?

I found myself going to a 2nd interview with the company directors, the interview went very well and when I asked a few questions/issues relating to the job, what they would be expecting from me, business support, marketing, back end support etc. The directors promised that this was all covered and I would receive everything I needed to make the job a success.

Logistics industry being hung out to dry by government over Brexit, says FTA

Confidence in the government’s ability to deliver a post-Brexit trade deal with the EU that will maintain ‘frictionless’ trade is fast collapsing, according to the Freight Transport Association.

Council leaders have called for tough new powers to issue fines to HGV drivers that ignore weight restrictions on roads.

Trucks of a certain weight, height and width are banned from many minor roads. However, the Local Government Association (LGA), which represents 370 councils in England and Wales, has claimed that rural communities across the country have been “blighted” by a recent spate of accidents where trucks have got stuck and caused widespread disruption in the area.

Asset Alliance Group has won a contract to supply bed specialist Dreams with £2.5m worth of trailers manufactured by Montracon.

The deal includes 25 curtainsiders, 25 boxvans and three double-deck trailers which will operate from the firm’s Wednesbury depot and deliver between 4am until midnight.

10 Critical Mistakes You SHOULDN'T Make on Your CV

If you are like everyone else, at some stage of your life you have looked for another job, it can be a very stressful time and very mentally tiring. I know from my years of recruitment experience that candidates will get desperate and apply for every job advertised. This is one of the worst mistakes you will make, the most effective way to find your next job is to apply for jobs that your skills match and tailor your CV for every position.

The string of hauliers punished this year for using an AdBlue cheat device has continued with the revocation of the licence of Warne Transport.

The written decision of a public inquiry (PI) held in February decided that the O-licence of Paul David Warne, trading as Warne Transport in Little Hulton, Manchester, should be revoked.

North West traffic commissioner (TC) Simon Evans found that the operator is without repute and professional competence. Evans also found that transport manager Peter Roy has lost his good repute and so disqualified him.

It was in the Sun paper last week that a growing shortage of LGV drivers was putting at risk millions of Christmas deliveries.  Before you say it, so yes, it must be true!

For those of us who have been in logistics for some years, it feels as if we have been here before, and lots of times!

But I wonder if there is something different going on now. 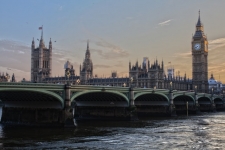 One of the challenges faced by the Logistics Sector is that we are neither stroppy nor loud enough.  We know this.  Another is that we spend all our time doing, and maybe not enough time talking.  It is this attitude and approach that underpins what we do and how we do it.  We are a sector that gets on with our day (and night) jobs.  We have the occasional moan and grumble, but for the most part, we simply play the cards we’ve been dealt.

But now more than ever, it seems as if we need policy makers across the UK to understand a few fundamental truths. 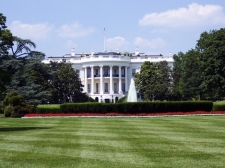 Getting sacked after ten days – lessons from the White House

When you get a new job, it’s one of those happy moments that you tend to remember.  Maybe you get to leave behind the boss who you can’t stand, or who you think is out to get you!  You start spending the wage increase in your mind.  You decide that you are going to be rich beyond your wildest dreams!  Is it a speedboat or an apartment in Miami?  Maybe it’s both!

But let me bring you back to reality.

Request a call back